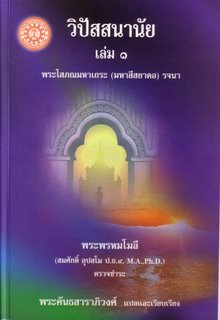 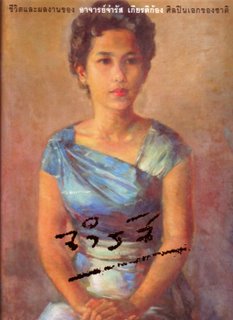 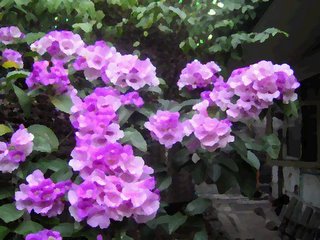 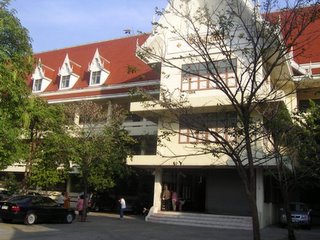 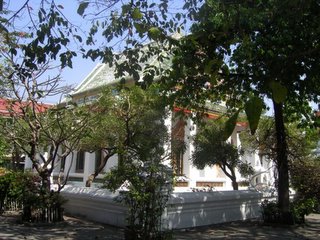 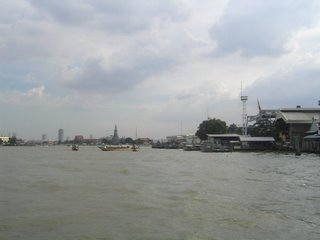 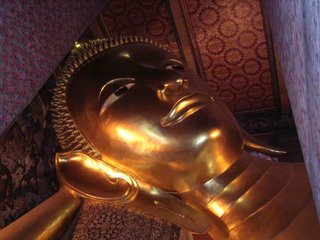 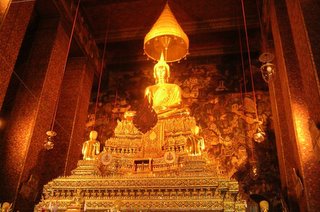 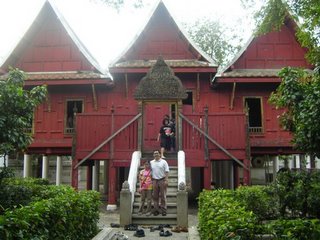 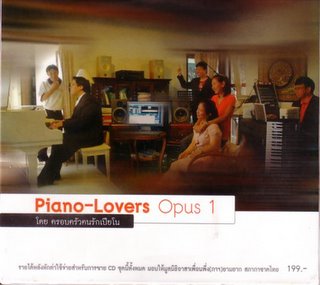 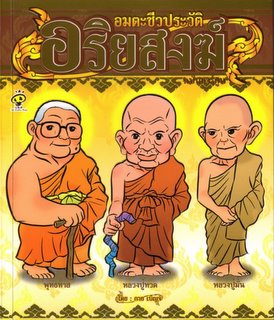 I just revisited one of my old bookmarks and found this internal page. It shows that more and more westerners come to visit Thailand to learn its ultimate secret lesson of life, Vipassana meditation. Congratulations to them.
Posted by Burachai Sonthayanon at 4:13 PM No comments:

In the use of a Mac notebook computer, I just realized a number of things:-

Some widgets would wasted all the memory. I used to have one which occupied 2 GB of RAM in a G5 dual cpu machine. That one was thus long disabled. However, in the laptop, some widgets that you do not need should be disabled as well, since it would waste your cpu and RAM, and thus waste the battery.
Some widget also show abnormal high cpu load during off line: I just found that out when monitor cpu usage. When the laptop was just awaken from sleep at home, it would be off-lined unti I connect to the ADSL again, until then some widget might try its best to download some information (news) without any success, and it would keep cpu busy and your notebook would be getting hotter and wasting the battery.

I think having a software to monitor the cpu is good. And one must always watch out to monitor behaviors of one's own machine.
Posted by Burachai Sonthayanon at 2:48 AM No comments:

Back to school, er ... quite an unusual one

My reaction to Jobs' speech at MacWorld

And the new Mac with Intel cpu ...
Argh...... , I just got my G4 PowerBook for only 2 months and they are releasing a dual core Intel cpu (4x faster) with a built in VDO camera at the same price next month.

My current G4 laptop (or notebook) is no match for my dual cpu G5 PowerMac tower and I think dual core in the new laptop will eliminate the minor observable stall in the laptop.

However, I think so far the screen resolution for the 15" G4 laptop is already great, 1440x960 pixels. Even currently-selling Vaio is no match. I can not see any notebook PC with better screen resolution than this PowerBook, and I don't expect one in the future since this tiny pixel size already strains my aging eye-sight. :-)

Looks like in 4 years time, I 'll buy a tetra-core Mac laptop then. No way to go back to Windows: although using Linux is O.K.
Posted by Burachai Sonthayanon at 7:49 AM No comments:

News: senate committee recommendations on amendments of the constitution

I noted down in my calendar that I really want to see the exhibition of a late Thai famous painter, Chamras Kiatkong, to be held at National Gallery from next week to next month.
Posted by Burachai Sonthayanon at 5:30 PM No comments:

I got what looked like an impromptu letter from BusinessWeek indicating that they would discontinue the Asian edition and mailing back a refund to me. However, they also offered me to subscribe either their global edition or online edition instead. I think I will get the cash back: not having much time to read these days. One day, a ten years old habit (like browsing this magazine) has to stop for some reason. This is a norm, or a part of Dhamma: a thing could be initiated, run, and terminated (like a life could be born, live, and die), called Triluks or "the 3 characters". A thing occurs because of a cause: Itappajjayata.

Incidentally, I learned later when I receive the last issue that they also discontinued the European version.
Posted by Burachai Sonthayanon at 12:18 PM No comments:

My PowerBook hanged. What a surprise !

For the first time, my new PowerBook hanged unexpectedly after few weeks. It might have caused by memory leaks. I am not sure if my toting of the notebook back and forth between home and office networks without shutting down might have caused confusion to the machine and be part of the problem or not. Luckily I saved my files often and I did not lose anything. Had I left opened a terminal before it stopped responding, I could check to see if I could kill some troubling process and avoid hard shutdown. That is a Unix way.
Posted by Burachai Sonthayanon at 12:17 PM No comments:

Changes in Thailand's IT scenario expected in 2006

There are 2 major issues which are related to IT and both of them just came out in the news a couple weeks ago.

1) The National Communication Board (perhaps I did not use its official name, nevermind) would liberate the setting up of international Internet gateways and now any Thai company (>51% Thai share ownership) would be allowed to do so: just informing the board. Previously, CAT and TOT, both former state's agencies, locked up as duopoly on the international gateway set up. As a consequence, Internet access cost has been expensive, since no other companies could set up an international link. Now I can see that in 2006 onward, the Internet access cost should slightly come down. Personally, this might not affect me immediately since I have a 1 yr contract with my current broadband Internet service provider (True Corp.) but perhaps my rate might come down in January 2007. Anyway, I can see that bandwidth will likely improve, both for Thailand's international bandwidths as well as domestic (inter-ISP) bandwidths.

2) The purchase of 250,000 PC for Thai public schools. The price tag of 13 billion Baht looked like they would be buying laptops but I guess that the price tag include the peripherals as well. I do not have strong objection on this too much, except that if the purchase is from each school, we would eliminate much of the corruption associated with centralized procurement of MOE. Against the wish of the Thai public, I guess politicians will try to milk benefit from this nevertheless and the central procurement will go on as usual: I can bet on that.

My major concern, however, is on technicality. I hope they would use the free (and yet higher stability) Linux OS with them, instead of buying the 3 yr old (virus prone and less stable) WindowsXP. (I have a sense that this wish of mine would not be a reality.) That would save billions of Baht from the software purchase. It will also generate millions of Linux users in the future. New generation of Thai should learn to use free softwares, not illegal softwares.

Also I wish that a part of the big budget would go to the development of the contents for the school. I also suspect that this wish of mine would not become true as well.

Will see in a few months how things will turn out.
Posted by Burachai Sonthayanon at 1:56 AM No comments:

Found a link from Bangkok Post article.
It is called the X lab. Useful for me.
Posted by Burachai Sonthayanon at 1:53 AM No comments:

Passing another year: this New Year thing is just a supposed time line. For many other people it might mean party time: for many in the lower income bracket it 's just hard work to earn meager meals as usual. For me, New Year is just a reminder of my time running past half-time for my lifespan and a reset of my mind for the next one more year, hopefully with new improvement in a number of ways.

I have set several goals to accomplish. They are in my private notes in the laptop: not on public blog like this. Anyway, whenever I come back to see this blog, it would remind me to go back to see my targets again.

One thing in general I think I want to do is to double the rate of my biological clock. No, I don't want to get old too early, but I mean I want to get any jobs done twice as fast, at least. I do not have much time left, I need all the time I can spare. Every second counts. I 'll give it a try if I can do it.
Posted by Burachai Sonthayanon at 1:06 AM No comments: