After I got up early to jog at 5 a.m. today, my head spilled something up. Here are some mottos I put them up here to remind myself:-
- Exercising is good. Not only it gives physical fitness to my body, it also gives me flowing ideas. (an observation)
- Meditation can also be in the form of jogging.
- Opportunities occurred to me quite frequently, it 's the matter of not absentminded in order to see them, consider them and expand them to my advantages. (But without being greedy.)
- A good man try to improve himself, a despicable goof try to excuse himself. (a Thai adage) Oh, I am thinking of someone while writing this sentence too.
Posted by Burachai Sonthayanon at 8:25 AM No comments:

Luncheon of K-State alumni in Bangkok

Today, a small group of KSU alumni in Bangkok had a luncheon together, at 222 Hotel, Silom Road. Most of us graduated around 20-30 years ago. I was the "youngest" of them who graduated (with a Ph.D.) 20 years ago. I did not know some of them. Some of them are already retired Professor or senior government officials. It 's nice to see some of them again today after the last time I joined them over a decade ago. 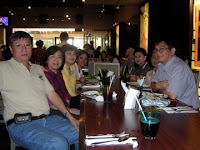 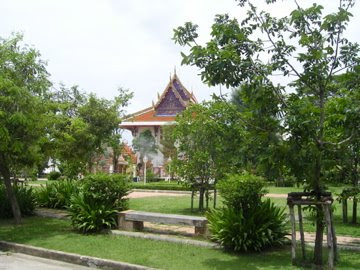 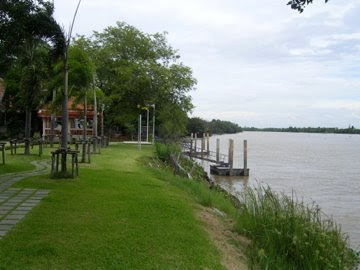 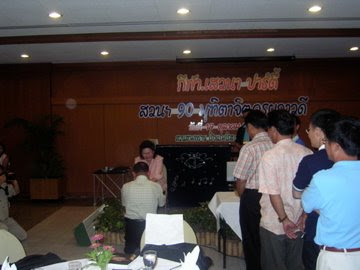 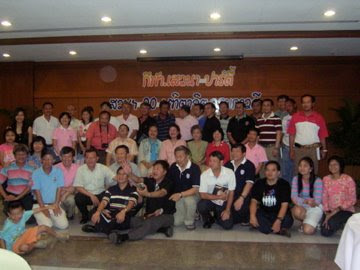 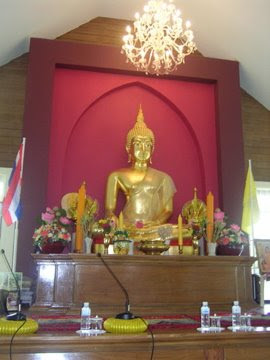 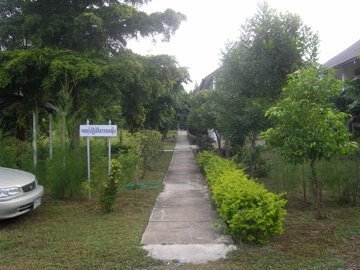 My Linux froze and how I solved it

How did I crash my machine ?
Well, I ran a computationally intensive program (called BLAST) which made the cpu busy for hours, generating gigabyte size file each time, and then I was also doing many other things in other windows as well. After a while, the Gnome file system stop responding and the machine did not respond to mouse clicking so I had no choice by to do the hard shutdown by pressing the power button. Several rebooting of the machine did not help.
Apparently the Gnome failed, perhaps some files were corrupted while the cpu was very busy during the first hard shutdown. But the machine hardware still looked o.k.

How did I solve the problem ?
Here is what I did. This is after a suggestion on the web, and my good friend also suggested the same. Thanks for that.
I had to switch into text mode by pressing Ctrl-Alt-F2 simultaneously, then logged in as root and add a new user account by adduser command. After that, I could successfully log into the new account. And after opening a terminal window, I changed into root by su command and then I could copy files recursively from key folders that I needed from the old account 's directories into the new account 's directories. Then I have to start using the new account.

What did I learn from this lesson ?
I learned a good lesson that when running computational jobs at full cpu speed, don't do something else in other windows. Even a Unix or a Linux machine could crash.
Posted by Burachai Sonthayanon at 3:32 PM No comments: