She was a Princess from Lavo (now Lopburi). When she became 60 years old, she gave up the throne to her elder son and became a Buddhist nun and practice meditation at this temple. She passed away when she was 92 years old.

An old stupa, where bones and ashes of the former Queen was interred, was built by her sons. The top structure was gold plated. After centuries, the top was broken off, so villagers called วัดกู่กุด   which means "the temple of the truncated pagoda".  Official name of the pagoda is Phra Jedi Suwanna Jungote or พระเจดีย์สุวรรณจังโกฏ which means 'the pagoda with gold plates'.  I suppose this might be the start of the tradition of why pagodas in northen Thailand are mostly gold (or brass) plated.

I had visited this temple several times. Recently I went to Lumphun again and stayed at a hotel across the street from the temple, Lamphun Will Hotel, there is an old picture of the stupa in my room, which I took a picture. I would like to put it up here to compare with the recent pictures I took.

I also put up a picture of her statue here. She is still revered by the people of Lamphun. Garlands, flowers, colorful clothes are often offered to her statue. 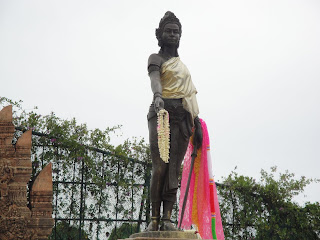 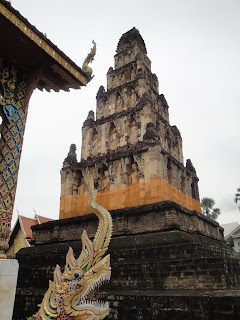 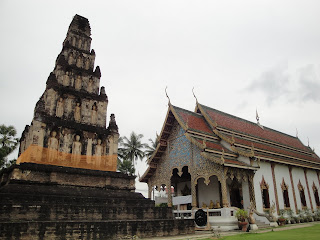 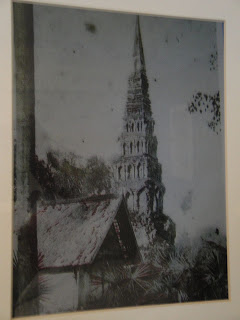 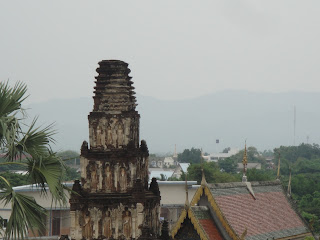