Last week was Buddhism week or สัปดาห์พระพุทธศาสนา in Thailand, to commemorate the Visakha Bucha day วิสาขบูชา (full moon night of Buddha worship in the 6th (Indian) month of Vesak). This year the full moon night was May 24, 2013, (B.E. 2556).  It was this similar full-moon nights of Visak month (in different years) when he was born (80 years B.B.E.), enlightened (45 years B.B.E.), and entered Parinirvana (B.E. 0 or ~ 543 B.C.), around 26 centuries ago.

There was a big event in the Phrameru ground, now known as Sanam Luang (Royal field) near the grand palace in Bangkok (Krung Thep).  The King kindly provided the Buddha's relics for public worship for a week. There were also exhibitions, and Tipitaka readings, chanting, and fund-raisings.

I took pictures of old Tipitaka scriptures, Pali language written in Thai alphabets, including the palm-leaf version คัมภีร์ใบลาน of King Rama I, early Bangkok era (over 2 centuries ago), and the first printed version in modern book-set form over a hundred years ago during the reign of King Rama V (King Chulalongkorn). 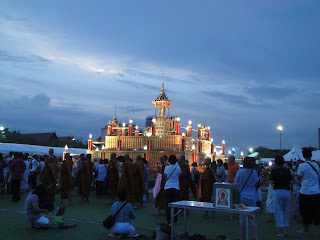 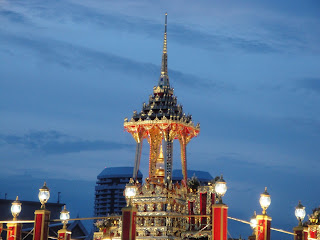 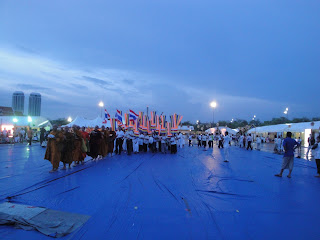 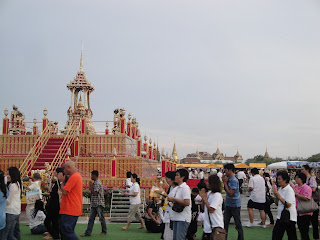 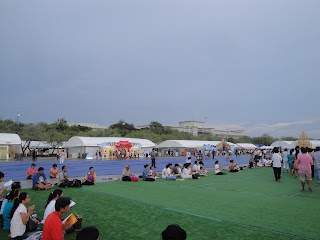 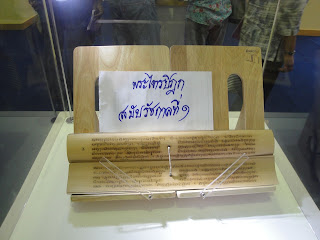 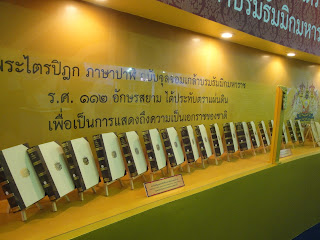 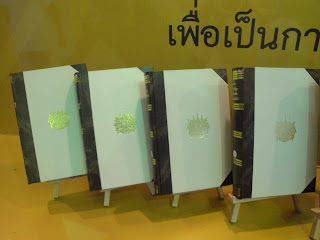