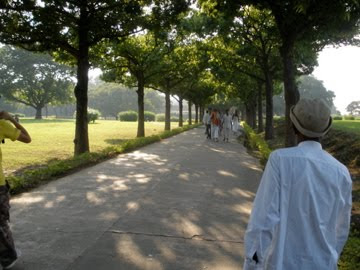 We then proceeded to visit the oldest great Unversity in the World, Nalanda (Thais called it Nalantha) University. The guide said that its great coverage covers 7 x 3 sq.miles (approx 10 x 4.5 sq. km.). (But the dug archeological site covered only about 14 hectares, according to wikipedia). It was built in the old village where Sariputta (the right hand student monk of Lord Buddha, who was considered the most genius, and master of Abhidhamma) was born. Historians believed the University was built around 1600 years ago. It lasted around 800 years then destroyed by small muslim army. (I do not want to stir hatred here, but it 's a fact we should know.) Since no single person decided to fight, thousands of monks were slaughtered, many while in meditation. It was written that the temple complex was burning for months, esp. its 3 main libraries. 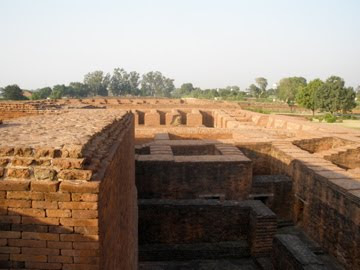 We could see several lecture halls in the area, with surrounding living rooms. This restored lecture hall is quite well preserved, with the platform in front of the class. That thousand years old hall gave me a kick to pose as a teacher there. :-) 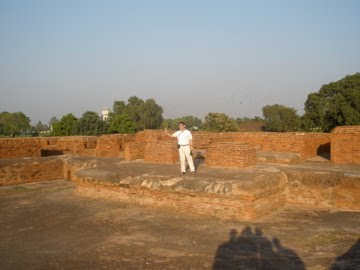