Today, December 5, 2012, millions of Thai people wear yellow shirts to commemorate the King's 85th birthday and went out to meet him at the royal plaza in front of the Anantasamakhom throne hall. The view was amazing. The day is also Father Day in Thailand. (I received a card from my kid in the mail as well, looks like from her class project.)

Here I want to show some pictures I took 2 months ago from Doi Inthanon, the highest mountain in Thailand, where the pagodas dedicated for the King and the Queen are located. Inside the King's pagoda, there was a seating Buddha image, or rather the future Buddha's image, in my interpretation. With the characteristic lack of top flame on the apex, symbolizing the lack of highest wisdom, the sculpture seems to demonstrate his current Bodhisattva status at the present time. It is well known from Thai history that many former Kings of Thailand were Bodhisattvas.  On the contrary, the sculpture of standing Buddha image in the pagoda for the queen has the top flame, indicated that the image symbolized the Buddha who has gained wisdom. 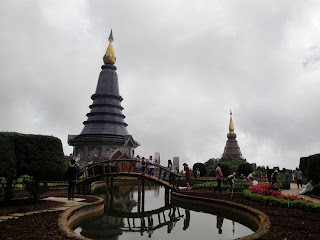 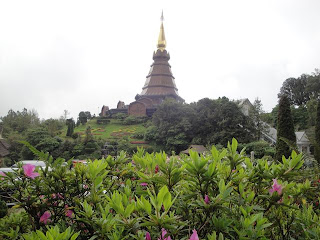 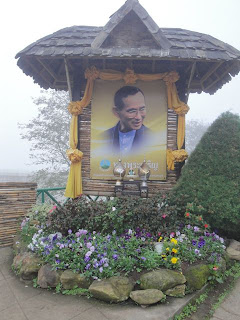 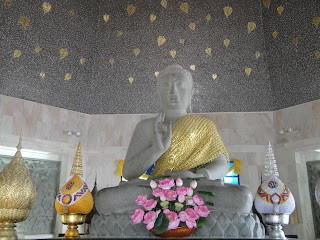 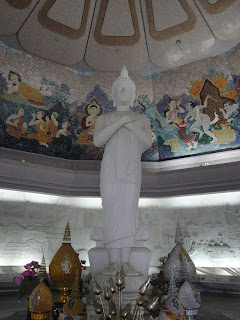