The temple where Buddha's picture was taken 26 centuries ago 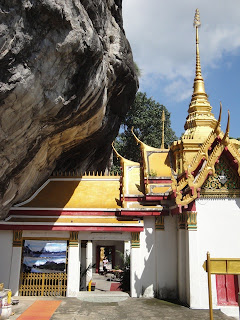 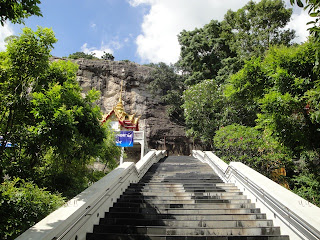 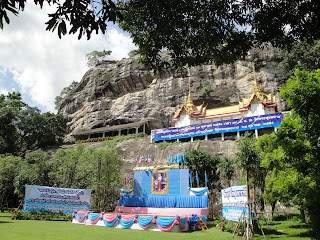 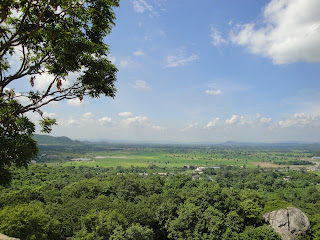 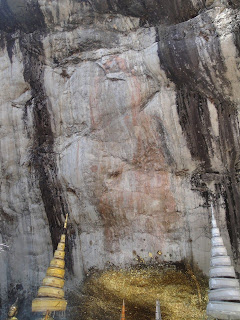 Yesterday, I visited "Wat Phutthachai" วัดพระพุทธฉาย , which means "the temple of the Buddha's radiated picture", in Saraburi province.  According to local legend and my vague memory, Lord Buddha visited this small mountain 26 centuries ago, then local people asked Lord Buddha how could people in future generations be able to see him again. So Lord Buddha was kind enough to magically created his image on the side of the mountain as a long lasting gift. This area was rediscovered in the Ayutthaya period, after monks who came back from Ceylon or Serendip (presently Sri Lanka) told a King that there was a story they heard from Ceylon about such place in the Thai kingdom so a kingdom-wide search was conducted which led to its discovery.
The image was worshipped by many Kings and Royalties in the past. It is a nice place and easier to visit, esp. now that an eastern by-pass highway was built. I drove by it several times, until I decided I had to stop to visit it this time.